Best Political Betting Sites for 2022 in the UK

With the rapid development of the online betting industry, players are given more and more opportunities in terms of events and markets. Many unconventional fields are part of the betting coupons. One of them is politics. Many people are trying their luck with wagers on various elections. The majority of them are in the USA and the UK, but sometimes the bookies offer other countries as well. Below is our list of the best political betting sites:

Betting on politics has some major differences compared to betting on sports. However, some of the main principles remain the same. Covering major data, understanding the processes behind elections and the ability to correctly evaluate odds are the key.

In this article, we will give you some tips how to build a successful strategy that can help you make money from politics with bookmakers.

Where to bet on politics?

Almost every serious bookmakers have a politics offer. But some of them of made of this market one of their specialities:

Our tips to start betting on politics

Get to know the electoral system

This is the place you should start when betting on politics. Each country has a different system. You should know how it works before placing a wager. For example, the US presidential election was won by Donald Trump despite the fact Hillary Clinton received more votes in total.

Different countries and different elections have such specific aspects. Taking the time to understand them will immensely boost your chances of correctly evaluating what could happen.

Follow the polls, but don’t rely on them too much

The polls can often give you a good idea of the balance in a certain country and the chances of the different candidates or political parties. You should always be aware what they are showing. However, you shouldn’t completely trust them. If we continue the example from above, Donald Trump wasn’t supposed to even reach the final stage of the election.

There are certain ways to understand how accurate a poll may be. Look for the following:

For the best result, try to get as many polls as possible. With some analysis, you should be able to get an idea what’s going on. 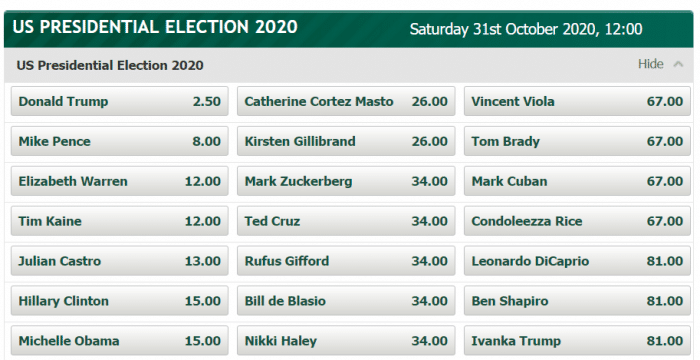 The campaign before elections usually starts very early. Sometimes it can begin a year before the vote is cast. This is enough for a number of big swings. A candidate given 40% can be doing great if he was receiving 30% a month ago or disastrously if he had 60%.

This is why you should always consider the trends. Try to understand what’s the reason behind them to correctly assume if they are going to continue. If a candidate is going strong because he was relatively unknown, for example, gaining popularity could continue. If there was a temporary swing because of some scandal around his opponent, this might not be the case.

As always, looking at the facts and going through them with reason and logic will help you get a well-educated guess.

Bet early on the underdogs and late on the favourites

One of the main objectives in betting is to get odds that contain positive expected value. Timing is essential in this regard, especially in politics. Depending on your end game, you should always consider when would be the best time to bet on a certain party/individual candidate.

As a general rule, if you’re going to back an underdog, you should do it early. The odds are better most of the time and a quick look at the US presidential elections will show you some insane prices on Donald Trump just a couple of months before he won. Towards the end of the campaign, that wasn’t the case.

The opposite applies to the favourites in the race. The bookmakers prefer not to risk it and offer low odds initially. As election day comes closer, you will have a better chance to get a more valuable price.

Try to avoid your own bias

Most of us have at least some level of bias when it comes to politics. We lean more to the left or to the right, sometimes there’s a family connection with a certain political party, there could be many reasons for that. As in all other types of betting, this should be ignored.

It is similar to betting on a game that involves your favourite sports team. If you can’t stay objective and rational, you shouldn’t do it. The same applies to politics and you shouldn’t place your money based on your political convictions. Other people will often not feel the same way as you do.

If you can close your bet with a good profit, you probably should 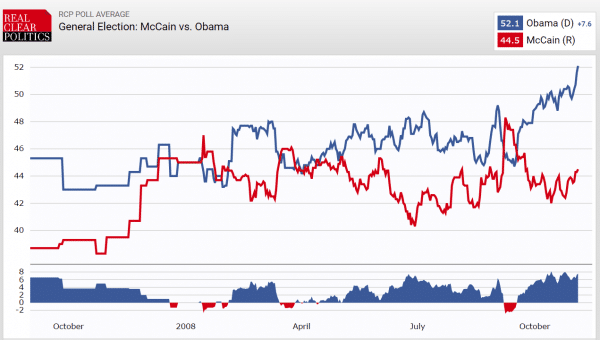 To explain this point better, we will give you an example. Let’s say you decide to back early a fairly unknown candidate that is fighting for the presidency at some really huge odds. You think the guy has charisma and will manage to gain popularity as the time goes.

At some point, it turns out you were right. A good strategy combined with some support of a large political party and your candidate is suddenly looking like a real contender. The odds on him are such that you can guarantee a solid profit whatever happens by laying him/betting on his opponent/cashing out.

Most of the time, the correct option is to take the safer route and cash in. As a popular saying goes, one week is a lot in politics. If you already found an edge that can bring you a solid profit, don’t get greedy. A single skeleton in the closet could swing the whole process and politics is messy and unpredictable.

Of course, there’s a fine balance between taking measured risks and being careless. It’s up to you to find what’s the case with your particular wagers.

This list of the top political betting sites has been updated in 2022.